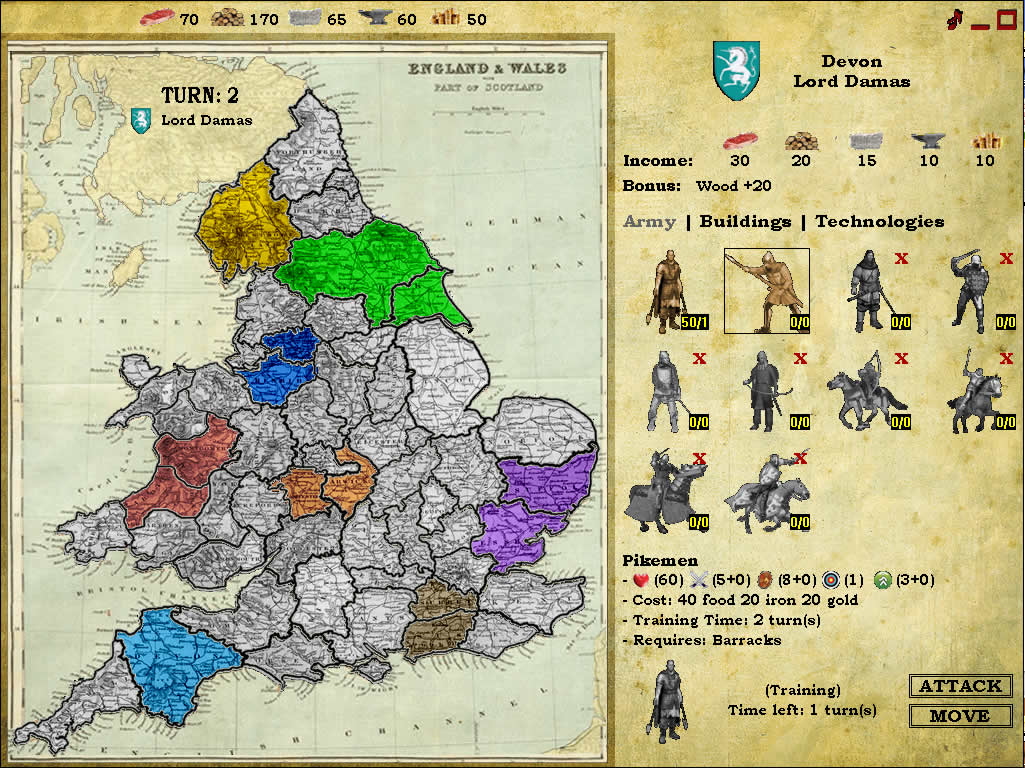 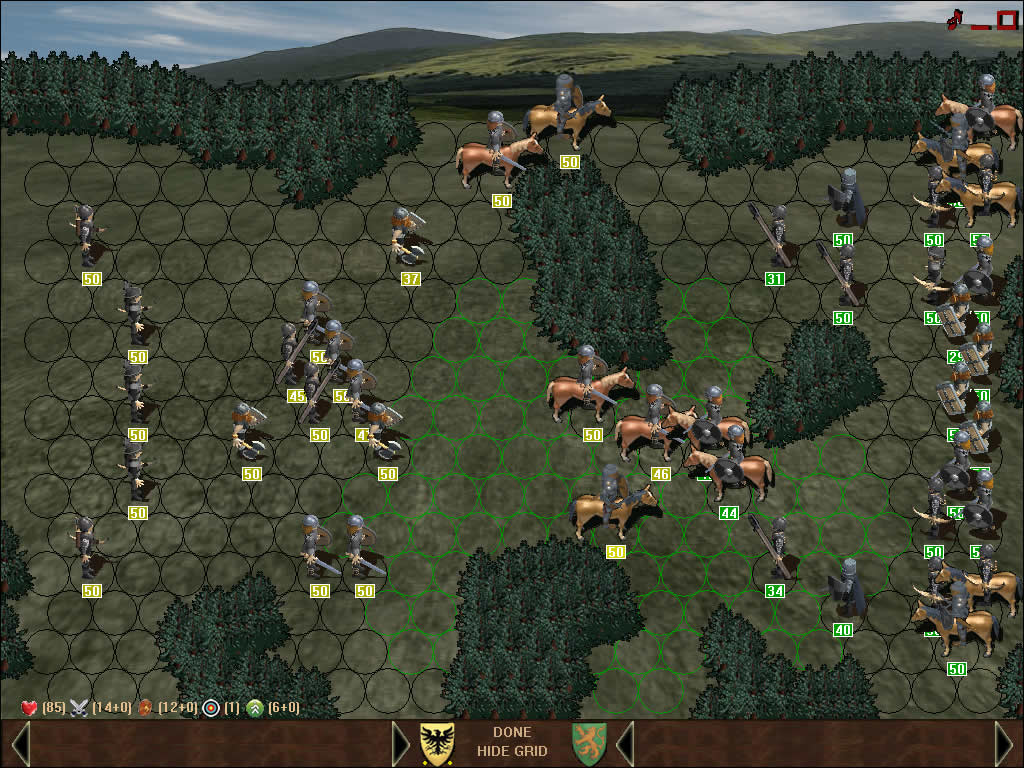 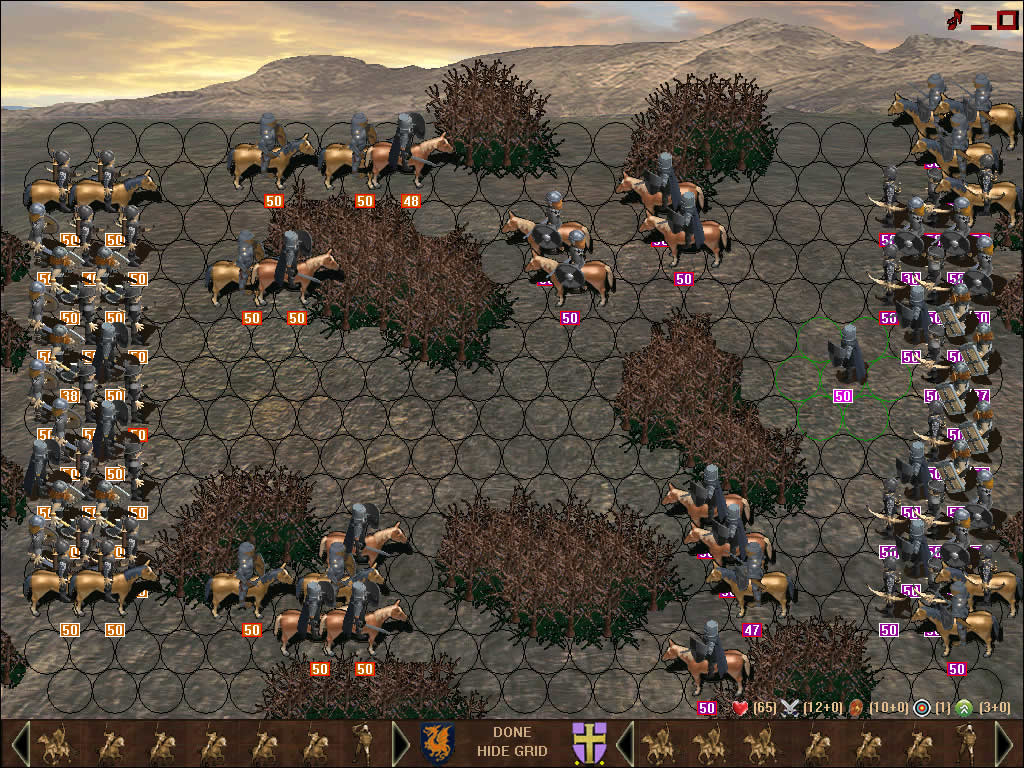 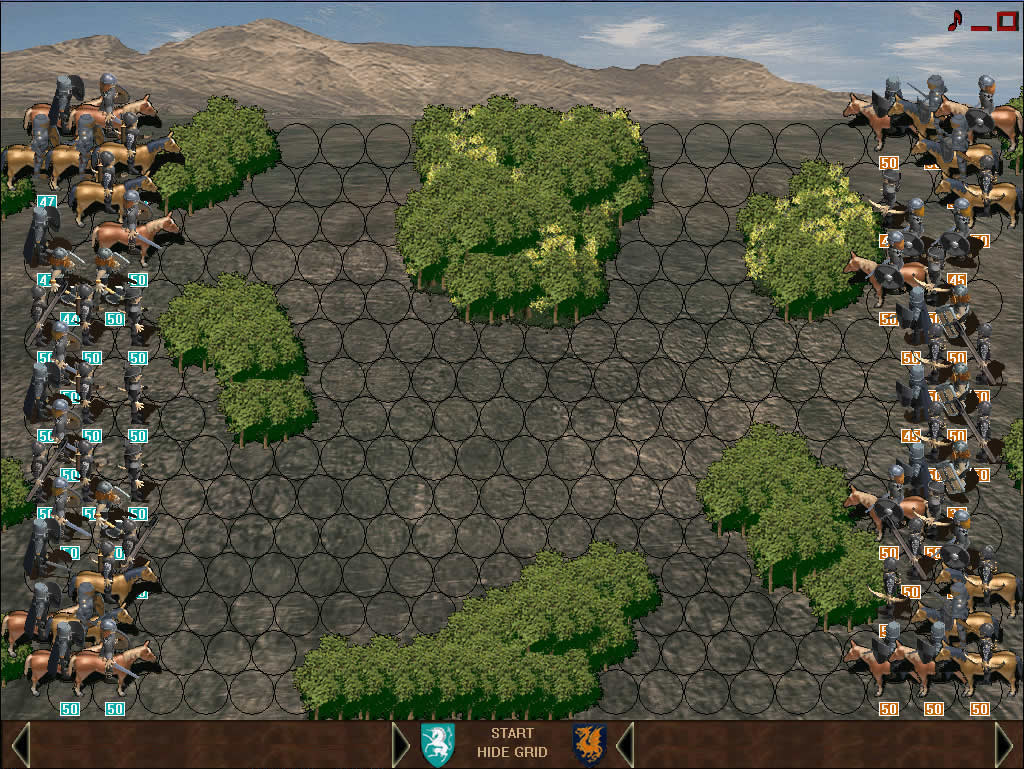 Knights of War is a turn-based strategy game set in medieval England. It was influenced by similar games like Warlords, Shogun Total War and Heroes of Might and Magic. Player can choose between eight lords to play with, each having different bonuses. The main objective of the game is to capture all England's provinces by defeating all of your enemies and therefore to unite all England under your rule. To do this, you will have to develop your economy, build structures, improve technologies, conduct diplomacy and raise strong armies. There are three AI types to choose for your computer opponents. Knight is the weakest AI type, warlord the strongest while lord is somewhere in between those two. There is also hotseat mode which allows two or more players to play on the same device by taking turns playing the game.

The game was developed in C++, using Win32 and DirectSound APIs, and compiled with Microsoft Visual Studio 2008 development environment. Sounds and loops were made using Propellerhead Reason while graphics were made in Adobe Photoshop CS3. Game development took about 10 months, during the period August 2008 to July 2009. More than third of development time was spent on Artificial Intelligence engine. Making graphics also took me quite a while because, as a programmer, I haven't had much experience in this field and I had to do it all by myself. At the begining, the game was meant to be a variation of Risk game, but later it was upgraded with economy development and controlled combat.